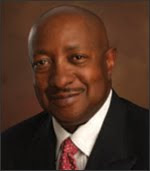 Herman Malone is a provocateur. He wants to incite the Colorado business community to eliminate racism from its ranks.
Al Lewis, who writes in the Denver Post for Dow Jones Newswires, once turned down an opportunity to write about Malone's book (and mine), "Lynched by Corporate America," because he decided the word "lynched" in the book title was too provocative to be used atop Malone's story.
Yet over the years of a sometimes controversial and always entrepreneurial career, Malone has made it his business to be provocative, and it would be unlike him to give up his principles in the face of press criticism. (Or even the absence of it, since Lewis essentially kept a review of Malone's book -- and mine -- out of the pages of the Post.)
But I write here now about Malone's business for the same reason I co-wrote our book with him.
Black-owned businesses in Colorado are being discriminated against now; they were discriminated against when Malone's story of discrimination by U.S. West started in 1992; and they probably will continue to be discriminated against in the future, at least by the state of Colorado, because Colorado has taken no steps to eliminate discrimination in the state purchasing process.
And there is a documented history of discrimination against minority-owned and women-owned businesses by state purchasers.
Malone's primary business, RMES Communications Inc., self-described on its website as "Your Interactive Multimedia Solutions Provider," sells Internet-based business and entertainment services through kiosks at Denver International Airport.
It used to provide pay phones at DIA, and still owns a few there, using the most advanced model of public pay-phone available, but pay-phones are a dying business now, eliminated largely, but not entirely, by the ubiquitous use of private cell phones.
Malone said RMES posted more than $2 million in revenue in 2008, although 2009 sales have been hit hard by the tough economic and travelling environments caused by the recession.
"We continue to evolve," he said, describing how he has moved the company into digital signage, music downloads, and social-networking applications for travellers as well. He's also hoping to expand RMES kiosks into public-transportation facilities, perhaps into future Fastracks stations for example.
But all that work of RMES is largely being delegated nowadays to employee family members.
Malone is concentrating now on a public-speaking career, taking the message of his book and a personal message about contracting and surviving prostate cancer on the road to businesses and business-student audiences.

"I will be talking about two things that stop people in their tracks," he said. "Racism and cancer."
He has found that race infects the treatment of cancers for both black men and black women, just as it has infected business conducted across America, which is basically what his story is about in "Lynched by Corporate America." The book is the first and only one ever written about discrimination in contracting against minority-owned businesses.
The former U.S. West, now Qwest, has taken steps to eliminate the discrimination against black contractors that is documented in Malone's (and my) book. But the recent $9 million local settlement of an employee-discrimination lawsuit filed against Idaho-based grocer Albertsons, over allegations of ethnic slurs, graffiti and abuse of African-American and immigrant employees at a distribution center in Aurora, illustrates one of Malone's primary speaking-tour messages:
Racism is still alive in Corporate America, and it eats away at the nation's business community just as cancer devours its victims of all races -- from the inside out.
"And I have a solution," says Malone. "The solution I am talking about is a very simple one. We've got to talk.... We gotta' talk about our differences."
Citing President Barack Obama's "teachable moment" of having a beer at the White House with Cambridge, Mass., police Sgt. James Crowley over differences roused by the policeman's arrest of African-American Harvard scholar Henry Lewis Gates Jr., Malone said the only way to end racism in America is by talking about it. The only way to eliminate discriminatory treatment of cancers is by talking about how that discrimination occurs and what treatments work best, he says.
"So I'm going to be talking about all the things you see every day in the news," Malone said. "We've been afraid to have those kinds of discussions.... I want to be part of that dialog."
Yet, for Malone, his speaking tour is really just an extension of the provocative business career he started when he opened Rocky Mountain Electrical Supply (the previous name of RMES) back in 1976. Marketing remains a key ingredient.
Malone says candidly that sales of "Lynched by Corporate America" are not what he had anticipated when he paid for publication of 3,000 copies.
But during the three years since the book was published, Malone has studied the book-publishing trade. "Ninety-nine percent of all authors' sales are less than 5,000 copies," he's learned. "The problem is you need to have more promotional dollars.
"You've got to have that -- or a publishing company that is willing to invest those dollars.... The other way you [can market the book] ... is that you do public speaking, which is what I'm embarking on right now."
Marketing. It's an essential business ingredient Malone has been teaching me ever since we first sat down together to begin writing "Lynched."
As for myself, I'm only beginning to learn the lessons he teaches.
Posted by Robert Schwab at 12:20 PM No comments:

"Obama Offers Help for Small Businesses," shouts the headline atop The New York Times story that inspired me to get back to business with this blog.

I've been covering small business for most of the last third of my nearly 40-year journalism career, and I have to wonder how much national resolve is actually behind the words atop Jackie Calmes' story. If the president is serious, small business could show the nation the way out of the economic quagmire we are in.

Calmes covered President Barack Obama's speech at the Brookings Institution on Tuesday about job creation. Obama suggested eliminating capital gains taxes on small business investment -- as if many small businesses have money lying around to invest or still have it invested after the two-year stock-market crash; extending a stimulus-bill tax break through 2010 that allows small firms to write off $250,000 in qualified investments; and providing increased tax deductions of capital expenses.

My experience with small businesses suggests that no small-business owner worth his or her salt would turn down any kind of tax break made available to them; but that most owners would also view proposed tax incentives to increase hiring a kind of a "cart-before-the-horse" proposition.

Many owners, too, would simply complain that the paper work necessary and accounting expense of filing for the tax breaks eliminates the true incentive to taking advantage of them.

What small businesses need in terms of relief from this recession is lots of cash and a stimulated consumer and business marketplace for their goods and services.

Obama said his Treasury Department would step up loans to small businesses using unspent TARP funds. The assurance of such loans might indeed incent a small business owner to add an employee or two to his or her workforce.

But credit relief for consumers and existing small businesses -- how about a reinstatement of the credit-card-interest tax deduction? --might open more wallets more quickly to increased consumer and business-to-business buying and spending in 2010.

And more buying and spending, after all, is the best kind of economic stimulus a country can enjoy. Even, I might add, if it's government doing the spending.

My point, here, however, was not to suggest ways to extricate the economy from its worst recession in 50 years. It was to point out that Obama has small business on his mind.

The president never made small business much of an issue during his campaign, but since taking office, it seems, he has drunk the potion that opens one's eyes to the value of the job-creation engine that the nation's small firms have always been.

If more liberal lawmakers would taste the potion, too, this country might just pick itself up fast enough to keep from crying about a continuing economic downturn next Christmas.

And conservatives, by then, might be joyfully aghast at how fast Obama's administration is making progress at cutting into the huge deficits inherited from the last president's reign.
Posted by Robert Schwab at 2:42 PM 1 comment:

Back to a capitalist future

"In American history, fundamental shifts in the economic orthodoxy usually did not occur until after there was a large and painful calamity.... The awful consequences from such an experience discredited the prevailing wisdom and suddenly opened the way for new thinking."
-- William Greider, "Secrets of the Temple" (1987)

Yes, I'm still reading Greider's book, and it still keeps telling me the lessons learned during the 1982-1984 recession are being used by Federal Reserve Chairman Ben Bernanke and Treasury Secretary Timothy Geithner to solve the nation's current economic crisis.
Ronald Reagan was president during that time, and Paul Volcker, now a financial advisor to President Obama, was Fed chairman. Volcker had squeezed the economy so tight that interest rates as well as unemployment rates had reached double digits. The quote atop this blogspot represents Grieder's conclusion that even that stiff a punishment for the American economy was not enough to convince politicians to regulate Wall Street strongly enough to prevent another financial collapse.
That recession, by the way, was the worst then since the Great Depression, just as the Great Recession now that we are all living through has topped that harsh mid-80s downturn.
And once again experts are begging Congress to rein in Wall Street traders, to reform the national financial regulatory system, to protect consumers and Main Street business from the ravages and risks of an unfettered market, and to eliminate taxpayers as the default bailout for failed money managers.
And once again lobbyists are hissing and pissing away at any congressional resolve to prevent a "next time" from happening again.
Greider's opened door for "new thinking," in fact, is closing fast. The monied establishment that increased it's wealth so greatly during the Bush administration -- to the great expense of the poor and middle class -- will try to convince Obama's experts that Wall Street itself is smart enough to heal itself. Don't let your congressmen and women buy into that argument.
Wall Street for the sake of Main Street needs to be put on a short leash. No talent needs to be paid so much that it forgets the greater good. Capitalists in America should be required to have a conscience.
Posted by Robert Schwab at 12:06 PM No comments:

Robert Schwab
A poet and journalist for nearly 40 years, Schwab has worked in Chicago, Austin and Bryan/College Station, Texas, Washington D.C., and Denver. He is currently editor of a Colorado business almanac and small-business directory, PioneerHQ.com. He still tries to sell his poems from his website, robertschwabpoet.com. And he comments on small business, politics, health care, media and life on the planet on The SchwabBlog. Schwab was editor of ColoradoBiz magazine for six years from 2000 until 2007. He wrote a column on small business, Schwab on Small Business, for The Denver Post and was deputy business editor and night city editor at The Post for 13 years before that. He was born and raised in Chicago. He has never lived on a coast.